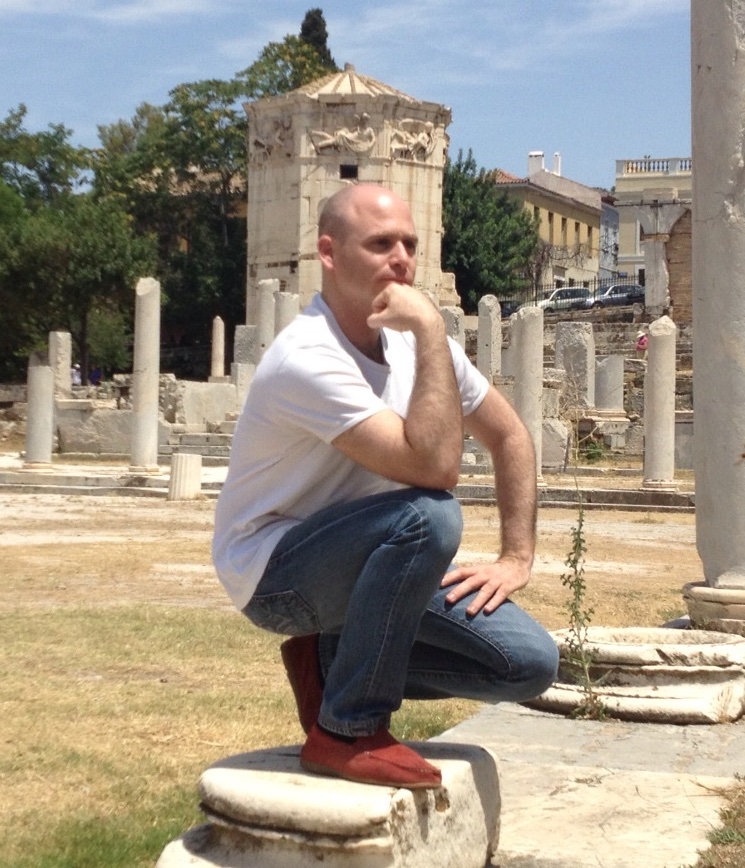 I believe that music speaks directly to our hearts and touches our very soul.

Tailored for Your Story

Music tells a story. Just like the colors and the images on screen, it sets a mood, just like the body language of the actors, it communicates.

Sure, you can make your movie, TV show or commercial using library and YouTube videos - but would you?

To a New World

To a New World is a heroic journey to the great unknown, where danger lurks at every turn and magical beauty inspires the heart.

Warlords don't really expect to age, they don't often reflect on their life's accomplishments and they rarely live long enough to get the chance.

Allow us to listen to the Strings as they follow an aging warlord's musing in The Warlord's Lament. Let us march along the footsteps of empty victories and lost friends.

I had fun scoring these commercials and I hope you enjoy the score.

The iPad commercial is probably my favorite, since I felt it was am improvement on the original score - check it out and let me know what you think.

I love drums and rhythm... there's something raw and powerful.

And this commercial just screamed to me "big bang", where music emerges from chaos.

HBO make amazing TV shows and Spitfire Audio makes amazing virtual instruments for composers. Together they teamed up and came up with an amazing composition competition.

I really had fun trying out new ideas for this competition and scored this cue in two very different - it really changes in the middle in a way that was both challenging and fun. I hope you enjoy it.

I found this commercial a bit of a challenge. I wanted the sounds to be organic, but fresh and young, like running shoes - they are a technology that let's us go running in nature.

Eventually I think I managed to find a balance between the digital and nature, using both orchestral and synth sounds. An interesting mix.

Purina is a household name for dog food... but I fell in love with their concept the moment I got to see the commercial.

Even without sound, the sweetness of heroic dreams and the innocence of youth were oozing from the concept. Now I just had to figure out how to draw these qualities out and make them shine.

I decided on a balance between a bit of humor and a touch of drama to bring the heroic and playful puppy dreams to life, which brought me up to orchestral sounds and a sprinkle of corny voicings in fourths.

I really love detective films. Something about the film-noir calls to me... but I'm a real sucker for spy films with Jazzy big band scores. I just can't get enough of them.

So when I saw this old Cheetos commercial, I has to give a shot at scoring it.

Sadly, this one has no sound design. I was focused on learning the Jazzy sound and wasn't too concerned about the polish.

This hilarious commercial was re-scored as a school assignment. I ended up writing a song which I really enjoyed and I hope you enjoy it as well.

I was asked by a friend for a 40 second musical piece that matched the famous mood and feel in the theme for Westworld.

West 40 was written as a simplified mood version that leaves more room for the video than the theme that inspired it.

Now, Westworld's theme is beautiful and smart. Ramin Djawadi wrote a wonderful piece. It's multi-layered and moving and full of story. I wondered - how could I compress that into 40 seconds?

Moreover, the piece of music was for a class and they would edit to my music (instead of the other way around), which meant I didn't have any picture to start with. Also, I didn't have enough time to find a Dobro for that beautiful metallic sound.

I must say, it was a fun challenge and I hope you enjoy it too.

You can leave me a message using:

It might take a while for me to respond to texts, phone calls, or emails.

When I'm in the studio or otherwise engaged I am unavailable. I dedicate time to answering messages, but t might be a few days.